The Talking Jesus research conducted by the Evangelical Alliance with HOPE and the Church of England showed that more than a third – 39 per cent – of people thought Jesus was a myth.

You might assume that some of those people were followers of other faiths, believing Jesus to be just someone Christians believe in.  But that’s not the case.

Many faiths hold Jesus Christ in high regard, despite not believing him to be the son of God.  Whether thought to be prophet, saint or wise man, Christians can use these connections to our saviour to guide conversations with Muslims, Sikhs, Hindus and Buddhists.  As Amaris Cole found out, many of those who reject Christianity don’t reject Jesus, and that can help with evangelism.

Speaking to an evangelist working in secret in Pakistan gives you an insight into Jesus in Islam.

“Jesus is right through the Qur’an – he’s mentioned more than 700 times.  Jesus’ stories are so powerful in the Qur’an, which they came up with, that you can prove your point. In one of the stories Jesus picked up the dirt and created a bird.  He turned it into a bird, he breathed life into it.  Through this we can prove that Jesus is a life-giver. That’s God’s attribute – Allah’s attributes – their Allah – and they start to wonder, how can a man have that?”

“In countries where Bibles are forbidden – or even when speaking to people who wouldn’t accept the Bible as truth, this can be helpful.  Therefore, Christians need to know their Qur’an very well, he says. “I don’t do Bible studies; I do Qur’an studies.  It helps Muslims to see Jesus in the Qur’an. Once they see Jesus in the Qur’an, they read the Bible.”

He asked for prayer for all those working in Muslim communities to share the good news of Jesus Christ – sometimes at risk of their lives.  He also encouraged prayer for Muslims who were giving their life to Christ, as they are also in danger, and have to change their way of life. 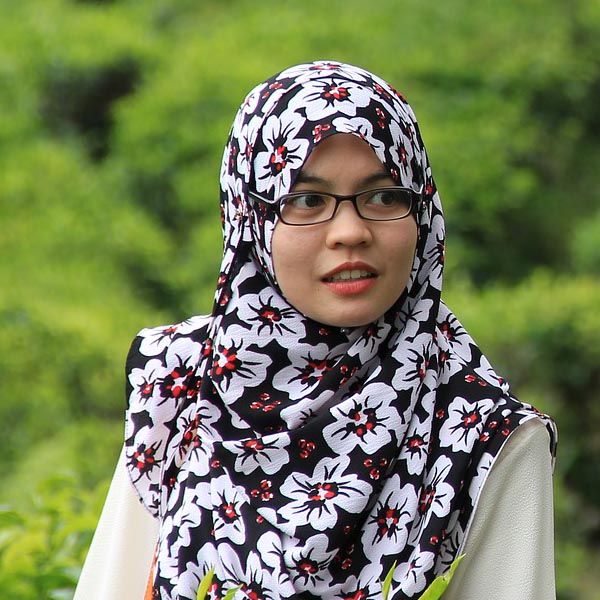 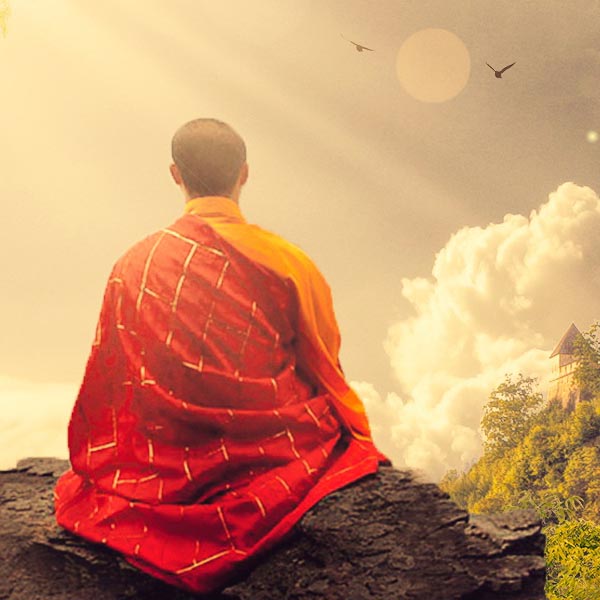 In 2001, the Dalai Lama spoke of his belief in Jesus.  He said he was an “enlightened person”, telling other Buddhists to view him similarly. But many Buddhists have never heard of Jesus before.

“Growing up in a Buddhist family, I never heard of Jesus until a Christian friend invited me to a Christian fellowship at school. It was a real revelation – the fact that someone loved me unconditionally and died for my sins so that I can spend eternity with God in heaven.  That is incredible because as Buddhists, we were taught to keep doing good and there was never any assurance that one is ‘good enough.’ Jesus was indeed good news!”

This is therefore a useful insight when considering sharing the gospel.

“A Buddhist young man came to talk to my husband and I because he had heard we were Christians.  His question when he met us was: ‘What does Christianity teach about being good?’ He was so desperate to be ‘good’ that he was prepared to look for insights from other religions on how.  We told him that Jesus taught that “no one is good, except God” (Mark 10:18) and that Christians do good not in order to gain access into heaven, but because we are responding to what Jesus had done for us. That set him off on a journey of discovery of who Jesus is.”

In the Hindu tradition, Jesus’ stories are told as the actions of a saint called Ishu.   Many children are taught the story of a special baby being born in  a stable, and later being visited by three wise men.

“Hindus consider the Lord Jesus to be a great teacher and hold him in high regard because of his life of sacrifice and devotion to God.  Hindus are drawn to John’s gospel because of its philosophical and mystical nature,”

“We should have confidence in sharing the truth about Jesus Christ with our Hindu friends,”

“Many Hindus believe that the world’s main faiths are valid pathways to God. Hence, the majority of Hindus I have encountered have been very receptive to Christianity, seeing Jesus as a prophet or God incarnate.”

And it doesn’t just have to stop with speaking about faith, he says –

“In my experience, most Hindus are open to being prayed for by Christians in the name of Jesus.  A number of my close Hindu contacts have accepted an invitation to a church service with the clear majority readily accepting prayer at the end.” 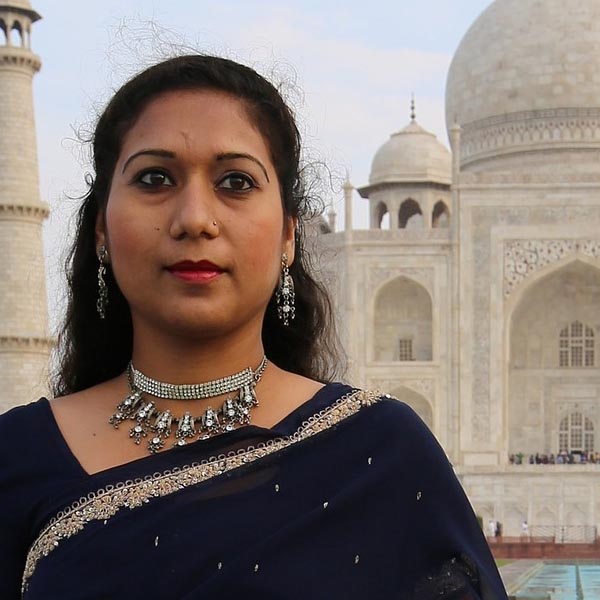 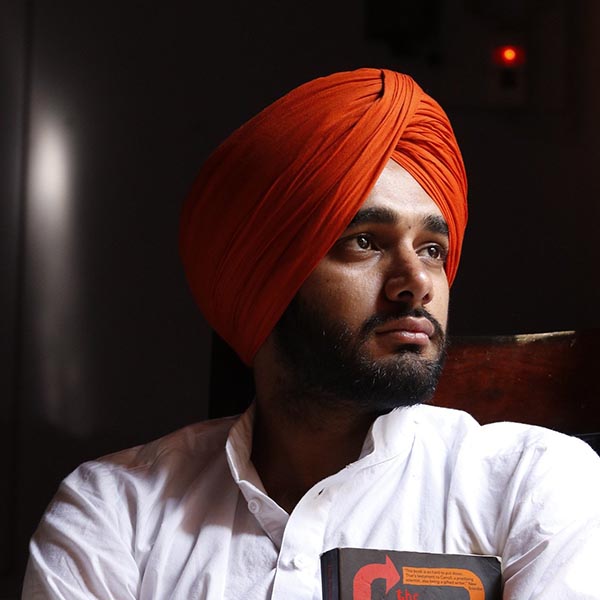 “Sikhs don’t really have a strong feeling about Christianity.  They see Christianity as the ‘white man’s’ religion.  Some will have the view that all religions are good and if that works for them, then great.”

But some Sikhs do see a parallel between Jesus and the first Sikh guru, Nanak.  The guru used language that at times mirrored that of Jesus, including imagery of light, stressing the importance of love and talking of being a messenger of the divine.  The guru also taught followers that cleanliness was not found in external codes and behaviours, but instead in human condition.  However, gurus don’t claim to be eternal or the only way to God.  They are just enlightened people.  This is where Christians can show the difference, and the importance of accepting Jesus Christ as Lord and saviour.
But this takes time, and lots of support for those who may convert.

“The only time Sikhs will become hostile to Christianity is if someone in their own family converts. That is perceived as a rejection of their own culture, heritage and family.”

A free Bible on your phone, tablet, and computer.   YouVersion is a simple, ad-free Bible that brings God’s Word into your daily life.

Harefield Church is a charity registered in England and Wales (charity no. 1149323)

This site uses cookies and by continuing to browse the site, you are agreeing to our use of cookies.

We may request cookies to be set on your device. We use cookies to let us know when you visit our websites, how you interact with us, to enrich your user experience, and to customize your relationship with our website.

Click on the different category headings to find out more. You can also change some of your preferences. Note that blocking some types of cookies may impact your experience on our websites and the services we are able to offer.

These cookies are strictly necessary to provide you with services available through our website and to use some of its features.

Because these cookies are strictly necessary to deliver the website, refuseing them will have impact how our site functions. You always can block or delete cookies by changing your browser settings and force blocking all cookies on this website. But this will always prompt you to accept/refuse cookies when revisiting our site.

We fully respect if you want to refuse cookies but to avoid asking you again and again kindly allow us to store a cookie for that. You are free to opt out any time or opt in for other cookies to get a better experience. If you refuse cookies we will remove all set cookies in our domain.

We provide you with a list of stored cookies on your computer in our domain so you can check what we stored. Due to security reasons we are not able to show or modify cookies from other domains. You can check these in your browser security settings.

These cookies collect information that is used either in aggregate form to help us understand how our website is being used or how effective our marketing campaigns are, or to help us customize our website and application for you in order to enhance your experience.

If you do not want that we track your visit to our site you can disable tracking in your browser here:

We also use different external services like Google Webfonts, Google Maps, and external Video providers. Since these providers may collect personal data like your IP address we allow you to block them here. Please be aware that this might heavily reduce the functionality and appearance of our site. Changes will take effect once you reload the page.

The following cookies are also needed - You can choose if you want to allow them: